Skip to content
Date: February 21, 2013Author: CoolBrands - Around the World in 80 Brands 0 Comments

Düsseldorf is known for great shopping but here I am in the Messe Düsseldorf trade show hall visiting the Drupa print media convention that takes place once every 4 years. Lost in a sea of digital wizards and print masters, I’m about to give in to the Harry Potter-esque setting when I’m all of a sudden blinded by a flash of canary yellow Chinese silk.

The cheerful, red headed man with the yellow tie and thick-rimmed glasses introduces himself, “Hi, I’m Chris Payne from Kodak. You’re Nina, right? Follow me, I want to show you something.”

I confirm his question and am officially rescued from Dumbledore and back in Düsseldorf, “ Very nice to meet you Chris.”

Since the shocking news that photography giant, Kodak, was filing for Chapter 11 back in 2011, Kodak’s Company Director of B-to-B Marketing and VP of the Chief Marketing Office, Chris Payne has stayed out of the public eye. This Kodak marketing guru has had a lot on his plate while restructuring the company but now that they’re almost back on track, he’s ready to make a triumphant comeback. The Drupa convention is his platform and he’s come prepared with Kodak’s fantastic new technology and a bright smile.

“The drupa show is a marquee event for Kodak and for the industry.” He explains excitedly as we’re walking through the main hall. “The technology we’ve unveiled at the show will set the direction of the markets we serve—commercial print, publishing and packaging—for years to come.”

As I’m listening I blurt out, “Nice tie, by the way!” just before we reach the huge and incredibly impressive Kodak exhibition stand.

Chris turns to grin at me and says, “Thanks.” Plastered on the shiny booth behind him is the trademark Kodak logo with their brand new tagline, ‘Yellow changes everything’.

I feel my face expressing the ultimate ‘Duh!’ moment about his yellow tie and proceed to follow Chris to a secluded area in the spacious Kodak booth where we can chat quietly and quickly forget the embarrassment.

Chris is noticeably eager to tell me about Kodak’s victorious rise from their recent fall only a few months prior. After breaking America’s heart in selling off their beloved legacy film units and digital imaging patents, Kodak is ready to rebound and is counting their fans will be waiting with open arms. First stop, the Drupa convention. It is here that Kodak is launching their new digital solutions for the commercial printing market that will ultimately put them back on the industry’s #1 spot.

Chris explains, “The market’s changing because of the digital, hyper-connected world that we’re living in. Print has to find a way where it adds value to all the other communications streams that are out there. Today, Kodak is delivering digital solutions tailored to help deliver specifically what our clients need.”

“Kodak has built their brand on imaging for 130 years! How can you make this switch a successful one?” I ask, feeling myself getting emotional about the fact that the famous Kodak moment has already ceased to exist.

Chris offers a comforting and confident grin and continues, “Our problem is the mainline media, who have known Kodak for centuries as the company that captures and shares images. But Kodak is a B2B company that’s got a huge focus in the graphic arts and commercial printing. We have for a long time, the only difference now is that we’re yelling it instead of just stating it.” He adjusts his yellow tie and looks at me for approval of his explanation.

I stare at him wide-eyed implying that I need more convincing.

He notices and adds, “No other company you can think of has a portfolio of solutions as broad as Kodak’s and at Drupa we’re making significant introductions that will help our customers in their success with the commercial print and publishing markets.”

“So Kodak is a print company and no longer an imaging company?” I exclaim.

“Kodak is an innovation company. We help our customers by inventing products that solve their problems.” Chris flashes that bright smile at me again.

As I’m letting it all sink in, a Kodak employee also sporting a spiffy yellow tie, interrupts us to escort Chris to his next interview. It’s obvious that he’s a popular figure at the Drupa fair and rightfully so, his excitement about the next Kodak phase coupled with his confident demeanor puts him on the top of everyone’s list to interview.

He turns back to me and apologizes for having to leave already. I stand up to shake his hand, “Thank you for your time Chris. I really appreciate it.”

He shakes my hand, shows me that grin again and is quickly whisked away into the mass of Drupa visitors and exhibitors. I’m left in the Kodak stand to my thoughts and contemplate the impact of Chris Payne. The leader of Kodak’s reputation and the face of the company’s comeback, he is simply not to be ignored during this crucial phase for the company. What would they do without him?

I consider my surroundings and take in the massive yet very busy Kodak stand. The new products are shiny and simple and the Kodak employees are remarkably approachable and knowledgeable. The new slogan ‘Yellow changes everything’ is neatly showcased throughout the stand and I realize that the Kodak core business might be changing but their core values are the same. Take something complex and make it simple. Do it with conviction and do it with a smile, just like Chris Payne.

I realize that ‘Yellow’ is changing my mind right then and there and I smile to myself. Kodak is here to stay and that’s good enough for me. 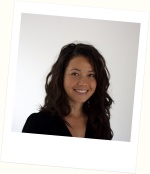